EVANS, Colorado – Gov. Bill Ritter is assuring military veterans that they have a role in his jobs plan.

Ritter told the Veterans of Foreign Wars state convention on Thursday that his administration plans to give veterans free training for highway construction and heavy equipment skills to they can get jobs created by the federal spending plan.

Ritter says veterans deserve the best support the state can give as they make the switch from military to civilian life.

“We are taking steps to ensure that you have every opportunity to achieve the American dream, with access to the health care promised when you made your own promise to defend this nation, and with the ability to get a good job and support your family,” Ritter told the veterans convention in Evans.

“We are also moving forward on our Helmets to Hardhats initiative, a creative way to involve veterans in Colorado’s economic recovery,” the governor said. “Many Colorado agencies are working to secure federal Recovery Act funds for initiatives that help ensure the door is open for good jobs for veterans.”

Ritter said he signed several important bills for veterans this year, including one that will make it easier for those serving overseas to have their votes counted in elections. Other measures: Expanding veterans’ eligibility for in-state tuition, creating a clearinghouse for support services, and expanding funding for veteran nursing homes. 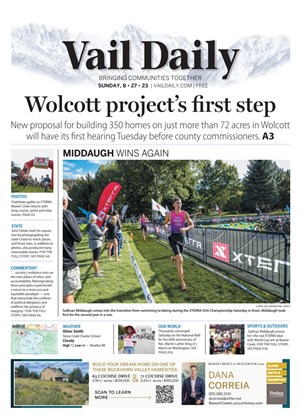